Open Text and Oracle - The Secret of Ecosystem Strategy

No, I am not going to repeat what’s in the press release. Instead, I would like to comment on what’s behind this story in terms of Open Text’s strategy. Open Text just announced a new level of partnership with Oracle. The deal allows Open Text to license Oracle technology in order to build content solutions for the Oracle ecosystem. The goal for Open Text is to expand its existing set of offerings for Oracle customers. Open Text has similar partnerships in place with SAP and Microsoft. 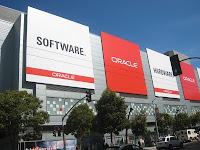 You may wonder, what’s the secret behind Open Text’s success in partnering with the largest enterprise software vendors? In short, it is the fact that Open Text does not have any stack agenda. Sure, Open Text’s flagship product line is the ECM Suite 2010 but a suite is not a stack. For years, ECM was based on the idea of a comprehensive platform combining everything from document management, records management, and BPM to WCM, DAM, collaboration and social media. Thus, the vendors built such capabilities either organically or by acquisitions. And all this time, their mantra was an integrated architecture in which all the functionality was available on a common stack of technology. Whether or not anyone deployed the software this way was rarely questioned.

But this is where Open Text plotted a different course. While integration is a fundamental characteristic of the Open Text ECM Suite, the offerings don’t necessarily run on a common stack just for the sake of architecture. Instead, the Suite has been designed with customer needs in mind, allowing for fast deployment of typical technology combinations and for quick integration of acquired technologies. And this flexibility, free of a traditional stack agenda, makes Open Text particularly suitable for partnering with other vendors who do have a stack agenda of their own. Being a Switzerland is a fundamental part of Open Text strategy. 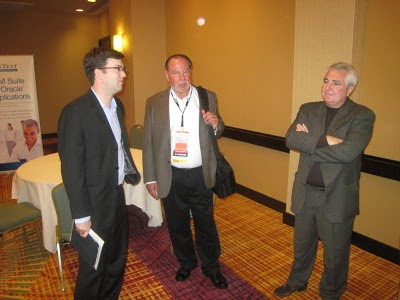 To be successful in the environment of an enterprise vendor such as Microsoft, Oracle, or SAP, it is imperative to embrace their own stack. These vendors have established quite significant footprint among their customers and the customers want to leverage their investment as much as possible. And their sales force would fight vehemently at any attempt to disrupt this stack. Open Text ECM Suite has the flexibility to replace its own technology components with that of another allowing it to embrace a stack technology in a way that preserves customer investments and does not alienate that vendor’s sales force.

Most customers deploy ECM solutions to solve their problems rather than to build vendor-designed stacks. So chances are high that they already have some components of a suite from another vendor. That’s particularly true when adding value to SAP, Microsoft or Oracle deployments - ECM solutions in such environments have to embrace the stack of these vendors and often deal with the fact that these stacks include certain content technologies. Specifically, the ECM solutions for SAP need to embrace the NetWeaver architecture, the Oracle solutions must be based on Fusion Middleware and Oracle DB, and Microsoft solutions need to leverage components of the Microsoft stack such as Workflow (WFW) or SharePoint. This means that rather than push its own stack, Open Text has to be able to provide value in a flexible manner, sometimes willing to replace its own technology components with those from the target stack.

Following this strategy, the just announced deal with Oracle allows Open Text to embrace a greater part of the Oracle stack. As a result, Open Text will be able to provide broader set of content solutions for the Oracle ecosystem by leveraging Oracle technologies while adding its own applications to address specific business problems. For more, check out the recent press release.