Platform or Application...Fish or Fowl?

The innovation platforms deliver benefits such as greater engineering efficiency by providing a shared technology layer and the ability to customize the deployment for every enterprise.  But the ultimate prize is when the platform attracts other vendors who build their commercial applications on it. This way, the platform enables an ecosystem of partners who build applications that take the platform into new markets.

AWS is decisively a platform company. As far as I know, they don’t build or sell any applications. AWS is clear in its strategy to attract developers from companies that build applications on it. AWS lives off that. And it lives pretty well. Those application companies are the AWS customers and AWS treats them as such. 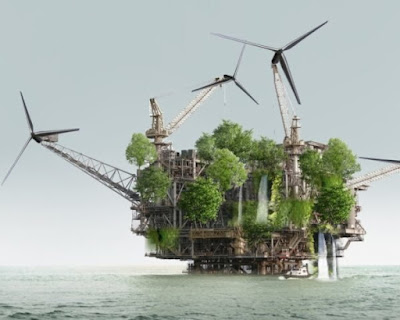 Apple too is a platform company. Apple has not one, but multiple platforms including MacOS, iOS, and AppleTV. Apple also builds applications - from office applications such as Pages, Numbers, and Keynote to consumer entertainment applications such as Apple Music, Photos, and Apple TV+. Yet, Apple keeps all its platforms open to any competing application. They have no problem knowing that most MacBook users use Microsoft Office or Google Suite instead of Pages or Numbers. They also don’t make it at all difficult for their consumers to run Netflix or Spotify apps, even if those applications clearly compete with other parts of Apple’s business. That’s what platform vendors do.

Contrast that with Salesforce. Salesforce started as an application company but over the years, it developed a robust and widely used platform, Salesforce Platform. Yet when it comes to deciding between selling their applications and letting partners have their share of the deal, Salesforce sales reps never hesitate to push the partner under the bus. Just ask companies such as Conga, FinancialForce, or ServiceMax, companies that have built their business atop the Salesforce Platform but eventually ended up competing with Salesforce. Once Salesforce saw that there is a large enough market opportunity these vendors uncovered, it decided to build an application of its own. That’s not how a platform vendor operates.

Microsoft is a converted platform vendor. The company operated as an application company for decades, but since the Satya Nadella era, it appears to have shifted to a platform strategy. For years, Microsoft Office had a complete lock on the desktop productivity market and the company did everything it could to protect that franchise. Sure, Windows was the platform, but the big money was always in Office. In fact, Microsoft’s repeated failures in mobile computing can be directly traced to its strategy to defend MS Office at all costs. They tried, again and again, to squeeze the bloated Windows OS onto a smartphone in order to make it possible to run Office on the mobile devices. That strategy actually made a lot of sense, but it didn’t work. It took another 3 years after Stephen Elop’s “Burning Platform” memo before Satya Nadella took over as CEO and made Azure the primary focus of the company. Today, Azure makes billions for Microsoft and I am writing this article in a free version of Office 365, the cloud-based successor to MS Suite...on a Mac. Microsoft is finally behaving like a platform vendor.

Oracle has gone through the opposite transformation as Microsoft. Oracle started as a platform vendor. Oracle Database was a platform upon which entire commercial applications were built. Back in the days when I was marketing on-premises software such as Documentum and OpenText, running on Oracle DB was a thing. Yet, Oracle started diversifying into applications back in early 2005. The biggest moves were the hostile take-over of PeopleSoft in 2005 and the introduction of Oracle EBS in 2007. Since then, Oracle was investing more and more into applications, and good for them, because as the cloud arrived, running on Oracle DB became less relevant. Today, Oracle is a full-fledged application player that competes with a myriad of other application vendors.

Eh, sorry...does IBM still make software? I have no idea.

Google is probably the one company that looks like it is trying to be both. Google Chrome on the desktop, Android on the mobile device, and Google Cloud Platform are all legitimate platforms. At the same time, if anyone stole some business away from Microsoft Office, it’s Google. The Google Suite or Workspace as they call it now (so, 1990s) is becoming quite prevalent today. But in terms of strategy, Google is behaving like a platform vendor. Right now, I’m typing this article in Office 365 within Google Chrome and Google doesn’t seem to mind that at all. This is very different from when you tried to use a Windows version of WordPerfect or Lotus 1-2-3 back in the 1990s. And so, Google is a legit platform vendor.

The supposedly hottest of the unicorns is at crossroads. Their payments infrastructure looks very much like a platform, powering payments for companies such as SAP, NetSuite, Salesforce, Zuora, and Aria. However, the moment Stripe introduced its own billing application, it effectively declared a war on all those companies. Sure, it will pretend for a while that they can all be friends, but ultimately, Stripe applications such as billing, invoicing, and spend management compete with the vendors that would want to use the Stripe payments infrastructure. That makes Stripe an application vendor, effectively abandoning its platform strategy.

Here’s another beloved unicorn. Snowflake has been so far strictly following a classical platform strategy. Their data warehouse is under the hood of many commercial applications today. All those applications are taking Snowflake into places that Snowflake would have never ventured. Snowflake doesn’t offer any application of its own. Sure, they provide some tools and utilities such as data science and machine learning, data engineering, and cybersecurity, but those are never competing with the applications such as billing or fleet management that are taking advantage of Snowflake. Yes, Snowflake is a purebred platform company.

There are very few real platform companies. There might be many that claim to have a platform, but when it comes down to deciding between their immediate interest and the interest of their ecosystem, they are forced to show their true colors. Prioritizing the ecosystem over the short-term interests is a tough call to make for any software company. But those that dare to take that path earn the great prize. Just look at AWS, Apple, Microsoft, Google, and Snowflake – these platform companies are pursuing the platform strategy and killing it.

Sure, you can be a very successful application company that doesn’t really care about being a platform. If you grow big enough, you may even attract an ecosystem of applications. Salesforce and Oracle are a good proof of that. But you can’t be both. You can’t pretend to have a platform company while competing with the companies that hitch their future to your platform. Yet that’s exactly what companies like Salesforce and Stripe do.

The bottom line is that you can make a great, successful business out of being a platform or an application company. But you have to choose.