I wrote about Content Without Borders a few months ago, wondering why media companies continue to create artificial borders on the Internet. Right now, I am sitting at the Zurich airport in Switzerland and my Netflix is telling me that I cannot watch any movies even though I pay a monthly subscription. And so I have to write another blog post. This time, I will touch upon politics although the topic is really social media. 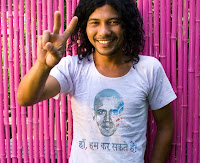 Much has been written about the role of social media in the 2008 US presidential election. The Obama camp has skillfully used Facebook and other social media tools to amass a huge number of supporters, donors and volunteers. Their eventual victory has been at least partly attributed to this social media campaign and since then, marketers have started to take social media very seriously. 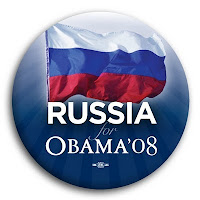 What has not received as much attention was the role of foreigners in the 2008 election campaign. Indeed, people from around the world had been widely supporting Mr. Obama as a presidential candidate which became clearly obvious when he received a Nobel Peace Price just weeks after being elected. In 2008, however, the foreign nationals didn’t have to just cheer from the side lines. Thanks to social media, they were able to participate. Sure, foreigners couldn’t vote but they could and did endorse and support their preferred candidate – without any doubt influencing the eventual choice of at least some of the registered voters in the US. 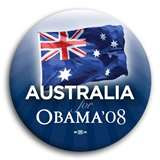 Just think about the implication of this. Technically, these were groups of foreign nationals interfering with a democratic election process of a sovereign nation. And that nation wasn’t just some 3rd world dictatorship; it was the very US of A. Their support in form of public endorsement and sometimes donations was something that wasn’t possible ever before – at least not overtly. 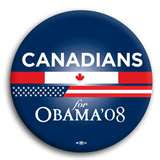 Sure foreign governments were always supporting change in other countries if that suited their interests. Just think of the French support of the American Revolution or the German support of the October Revolution in Russia. But all such support was done either covertly or as part of an open conflict. This time, however, there was neither conflict nor a clandestine government intervention. In fact, the governments had nothing to do with it – the people did it on their own.

This shows that the Internet really is without borders – and it should be. The people of the world are clearly impacted by the domestic and foreign policies of the United States and they should have a right to voice their support – even if they don’t have a right to vote. The Internet natives are changing the rules of life as we know it and politics will not be an exception. Who knows - one day we may need to rethink the definition of voters and of citizenship.

However, I will leave that up to the politicians to figure out. I’m just excited to have the entire world at my fingertips. That is except for my Netflix movies…
Posted by Lubor Ptacek at 9:03 PM