Just look at streaming – most consumers subscribe to Netflix, Hulu, Amazon Prime, Disney+, and HBOmax. You may also consider subscribing to FuboTV, SlingTV, or YouTubeTV and the TV networks with Peacock, CBS, and ESPN+.  Or perhaps you like NBA League Pass, NHL.TV, NFL Game Pass, the Tennis Channel, the Golf Channel, or DAZN. There are now hundreds of providers offering interesting content and you can’t subscribe to them all. 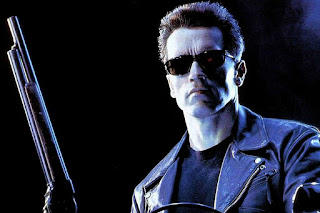 Herein lies the problem. We want to consume the content and are willing to pay for it, but the way it is packaged today makes it impossible to access it all. That's what’s really behind the subscription fatigue. Consumers are getting increasingly frustrated with subscription offerings that don’t give them what they want. What’s missing are meta-subscription services that would offer an aggregation of content from across the different content providers.

The same is true for news publishers – you can’t possibly subscribe to all the publications to read the articles that your like-minded friends share with you on social media. Again, what’s missing is a meta-subscription that you could subscribe to, perhaps based on a particular area of interest.

The meta-subscription idea is not new. We have them already for music: Spotify, Amazon Music, Apple Music – those are all meta-subscriptions that allow you to listen to any music, no matter which label has created them. The meta-subscription provider takes over the complexity of the industry so that the consumers don’t have to subscribe to each label individually. So why has it worked for music and yet it seems to be so difficult for news and video?

Music has very low dependence on language. There’s classic which doesn’t use lyrics at all and there is opera that is nowadays always produced in the original language (and trust me, sometimes it’s funny to listen to Americans at the San Francisco Opera singing Janacek in Czech). Rock, pop, and other modern music rely on lyrics more, but the kids in Germany and Italy are listening to songs in English just like the kids in California.

Singing erases even accents within the same language. U2 are from Ireland, Sia from Australia, Lorde from New Zealand, Ed Sheeran from England, and Ariana Grande from Florida, and yet most audiences can’t tell their accents when they sing. And while Americans hardly ever listen to non-English music, French, Italian, Spanish, and German audiences are much more accustomed to hearing each other's songs. It’s relatively rare that a music act would change their language for commercial purposes (The Scorpions and Celine Dion come to mind, but that’s been a while ago). Language doesn’t matter that much for music.

Not so in film, TV, and publishing. Books are always being translated, often into many languages. Magazines get translated and often localized. The Runner’s World Magazine, for example, is published in 18 countries. Movies are usually dubbed or at least sub-titled when distributed aboard. While British accents are currently very chic in the US, most English-native actors have to learn to speak with an American accent if they want to make it in Hollywood (think of Nicole Kidman, Russell Crowe, Charlize Theron, etc.). Similarly, Arnold Schwarzenegger's strong Austrian accent wasn’t acceptable for German audiences and his roles had to be dubbed by a German actor Thomas Danneberg. Language is a big deal for film, TV, and print.

All this language complexity somewhat increases the cost of the content production, but it gives producers a very effective way of enforcing distribution rights for each country. Those distribution rights have been increasing the profits but they are also making it really hard for anyone to create a meta-subscription for content. Spotify had to negotiate contracts with all the labels to make music available and that wasn’t easy. But a Spotify for films would have to negotiate with every studio for every country.

Yes, there are distribution barriers in the music world. There are occasionally a few famous hold-outs such as the Beatles and Taylor Swift in the past. Don’t expect to find every German, Italian or French song from your US account. But those barriers seem more a function of supply-and-demand dynamics than deliberate limitations.

What the audiences want are meta-subscriptions. The current trend where every studio is creating their subscription service is completely unsustainable. If you are a sports fan, you can’t possibly be happy having to sign up for ESPN+, the NHL, the NFL, Formula 1, the Tennis Channel, and yet not be able to watch the Olympics because the IOC signed a deal with NBC. It makes no sense.

Similarly, the Internet and social media make it easy to share articles about your areas of interest but you can’t possibly subscribe to all the newspapers and magazines that your friends are sharing with you. I wrote recently about how frustrating that experience is becoming on social media. Again, what you want are meta-subscriptions that allow you to sign up for any article on your chosen set of topics, no matter where they are published.

After all, it works pretty well for music!

Posted by Lubor Ptacek at 12:41 PM No comments: