The Future of Book Publishing

Two pieces caught my eye recently. First, I read in an article by Julie Bosman in New York Times about the fact that the latest Ken Follett book is more expensive as an e-book than as a hard-cover. Then I saw a blog post by Ron Miller that independently comments on the fact that the pricing of e-books is too high and not in line with customer expectations. And since I have been thinking a lot about the price of content recently, I had to comment. 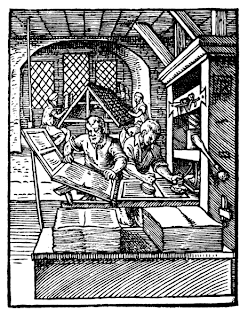 Compared to paper books, e-books don’t have any cost of material, cost of manufacturing, and presumably a much lower cost of distribution. Could we do without the publishers altogether? Can the authors publish directly through the new breed of distributors with their reader gadgets such as Amazon, Barnes&Noble, and Apple? After all, that’s what’s being done with mobile applications.

Probably not. There are at least two other important functions that the publishers fulfill: quality assurance and promotion. The quality assurance is done through editors who today work for the publishers and their job is it to assure the quality of authors’ work. The authors could have their own editors but those could too easily develop into ghostwriters and so having editors independent from the authors is probably a good idea. That said, the editors could just as well work for the distributors to keep the authors honest.

The second, far more important, job of a publisher is promotion. Starting with talent discovery all the way to blockbuster book tours, the publisher makes sure the right books get noticed. There are about 200,000 books published each year in the US alone and to get noticed is critical. This function is even more important in the world of e-books where some of the traditional means of differentiation such as the book size or binding are not available. We can see the problem with the lack of coordinated promotion in the world of mobile applications – it is extremely difficult for applications to get noticed among the 250,000 apps available on AppStore. But even this role of publishers could be taken over by either the distributors or the authors themselves using PR agencies and other services.

While they still play an important function, the publishers need to understand that they compete with other forms of entertainment and they need to evolve their business models. In the world of digital content, they cannot hold on to the same pricing model as in the paper world. It happened to music and films and it will happen to books too. The publishers have a role to play as promoters but they need to adjust their pricing accordingly. If they don’t, they will become obsolete, just like software distributors and resellers have become for mobile applications. Or maybe, Apple will start selling e-books at $0.99 per chapter…
Posted by Lubor Ptacek at 8:21 PM