What Running Marathons Taught Me About Sustained Performance

It’s been over a year now since we shut down our offices and began working exclusively from home. To the surprise of those who were skeptical about remote work, the world hasn’t collapsed and we have demonstrated that we can be productive while telecommuting as individuals and as teams.

Yet the one complaint I hear from everyone is how much busier we are. With the lockdown, the line between work and home disappeared and the work-life balance shifted precipitously towards work. Our days have become daily marathons of Zoom calls and many folks are worried about the sustainability of our pandemic lifestyle. As a hobby marathon and ultra-marathon runner, I’ve learned a thing or two about sustained performance and I thought I’d share a few pieces of marathoning wisdom that are very relevant to the workplace: 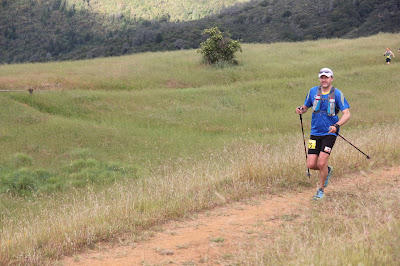 It’s not a sprint, it’s a marathon

This sometimes-overused phrase was the first thought that immediately came to mind – because it is so very true. While a sprint is a run flat-out at the highest possible speed, running a marathon requires a very disciplined approach. The distance (26.2 miles or 42.2 km) is very long and to sustain high performance over this distance, you have to literarily pace yourself.

Pacing yourself is actually very difficult because if you trained for a marathon, the first 10 miles feel really, really easy. I remember how after months of training and a couple of weeks of rest, my body would be primed to run far and fast. But if I run too fast in the first half of a marathon, I’d pay for it dearly in the second half. Experienced marathoners know how to select the right pace that will be the highest speed they know they can sustain until the finish line. Finding that pace is one of the most addictive things about marathon running. In every race, even many professional athletes get it wrong and flame out in the second half.

The same is true for sustained performance at work. Working long hours and weekends might yield some short-term results. It might feel easy, even enjoyable for a while. But that’s just the first half of a marathon. No medals are awarded for the first half. Over the long distance, we can’t sustain this pace and we flame out or at least our overall performance ends up weaker than if we had paced correctly from the start.

It’s not a series of sprints either

Many business leaders love to use the term “sprint”. Originally introduced by the agile methodology used by software development teams, sprint is referring to a relatively short, time-boxed set of activities that are part of a larger project. Yet the term sprint is a rather unfortunate term, as its meaning is run at full speed.

You’ve probably seen the enigmatic sprinter Usain Bolt run a sprint. Yes, he was incredibly fast. In 2009, he ran a 100m world record of 9.58 sec that still stands today. And four days later, he set a world record for the 200m that is also still standing. But how many sprints like that could Mr. Bolt run in two hours? Five, ten, maybe 20? He was probably capable of running several world-time results in two hours – maybe not all of them world records but for sure under 12 seconds. But could he cover the Marathon distance like this in two hours? No way!

The current marathon world record is 2:01:39, set by Eliud Kipchoge in 2018. This pace translates into 17.3 sec over 100m, which wouldn’t impress any sprinter, even though most of us can’t run this fast for much longer than 100 meters. Yet Mr. Kipchoge was able to sustain this pace 422 times to cover the 42,192 meters that make a marathon. Now, that is a sustained performance! But he didn’t do it as a series of sprints. He did it at a much slower, and albeit amazing pace.

Think about that at work, the next time you use the word sprint. Yes, there may be time to sprint to finish a project – but that effort is hopefully followed by a week of vacation. We can’t follow a sprint with another sprint and expect sustained high performance.

When you compare the physique of the above-mentioned world record holders, you notice some obvious differences. The muscular, tall body of Mr. Bolt (6’5” and 207 lbs.) stands in stark contrast to the short and skinny Eliud Kipchoge (5’6” and 115 lbs.). Yet both are absolutely exceptional athletes, both considered the greatest of all times in their field.

The explanation is fairly simple. Sprinters require well-developed fast-twitch muscles that tend to be large and heavy, while marathoners rely on their slow-twitch muscles that are light and slender. The sprinters need strength and they train their body accordingly. The marathoner, on the other hand, needs endurance and doesn’t want to have to carry excessive muscles over long distances. My point is that even though they look very different, both athletes are capable of amazing performance. They have just optimized their abilities for a different type of job.

The same is true at work. Different jobs require different skills. Some of us may be better at short, high-intensity projects while others are better at a more deliberate pace that we can sustain over a long period of time. Don’t assess everyone by “how big their muscles are” ...and don’t expect the sprinters to run a marathon.

Rest is part of training

Every marathoner knows that to sustain high performance over those 26.2 miles, you have to do more than training yourself to run the pace. During the race, you need to keep drinking fluids, even if you don’t feel like drinking, and you keep supplying carbohydrates, even if you don’t at all feel like getting down another gel. Good execution in a race means controlling the pace, sticking with your nutritional plan, and staying focused at all times.

Moreover, running marathons requires several months of well-planned, methodical training that includes days of hard tempo runs, easy runs, and long runs. But it also includes rest days and easy weeks in between all the tough build-up. This part is really critical. To deliver sustained performance, you have to plan for some rest.

The same is true at work. Sustained performance requires us to keep building our endurance over time. That in turn means that we regularly schedule an easy week or even complete rest. And so, all of you who haven't taken any vacations in a year, think about that. We all need some easy weeks to keep getting better!

Peak for the peak race

When athletes train, their mind is not on a single race or a tournament. They look at the big picture of the entire season. They want to peak at the right time – to show up at their best for the most important competition of the year. In an Olympic year, for many athletes, it’s the Olympic competition. Other examples are world championships, world cup finals, or a specific competition at which you really want to do well. Does anyone doubt that Rafael Nadal plans his season to peak at Roland Garros?

The simple reality is that you can’t be peaking every week. It takes months to build up for sustained high-level performance and so it’s logical that you won’t be at your best during the build-up time. That doesn’t mean that you can’t perform. You often want to enter races to test your fitness and to add some fun to all the training. But not every race is the Olympics and you want to show up at the Olympics at the peak of your abilities.

The same is true in our work life, even if we really struggle to admit it to ourselves. But we know that our season has usually key milestones – if you are in Sales, each quarter-end is important, but the year-end is really the time to peak! In Marketing, the peak performance may be required for the annual Sales Kick-Off, the customer conference, or for the Gartner Magic Quadrant survey. Sure, we all want to always deliver work that exceeds expectations, but some projects matter more than others. That’s called prioritization!

A marathon is won in the head

Running a marathon is the ultimate experience in overcoming adversity. Emil Zatopek, one of the greatest distance runners of all times, once famously said before a marathon race: ‘Men, today we die a little”. And every marathoner knows that at some point in the race comes what I like to call the Great Suck. I’d be feeling great until somewhere around mile 16, I’d start to realize that running a marathon just plain sucks – it would seem to me like the stupidest thing on the planet because I’d be feeling miserable and what I wanted the most was to stop.

And that’s the moment when the head needs to take over. The mind needs to suppress the pain and discomfort and it needs to keep pushing the body forward. Your mind needs to believe that your body will be OK despite the discomfort, and it needs to remind you of the motivation that made you embark on this journey in the first place - for most of us mortals, it’s usually qualifying for some other, even more challenging race.

The same is true in the office. The daily grind can get to us and it is the mission and the purpose of the work that gets us over the tough spots. This motivation factor shouldn’t be underestimated. Only employees who believe in what they are doing can overcome the moments when work sucks and can power through those rough patches.

As you can tell, there is a lot about sustained performance at work that we can learn from the world of endurance sports. Delivering top performance over a long period of time is not simple. It requires planning and a deliberate build-up without which we simply succumb to the daily grind and our performance will be average at best.

Because remember, it’s not the distance, it’s the pace that kills you.