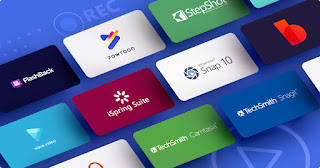 Depending on whom they sell to, cloud companies have very different characteristics and I examine them in this article. These characteristics have a profound impact on the companies’ strategy and their go-to-market approach. So, let's take a closer look:

Consumer SaaS software (often called B2C) is the software all of us use every day on our smartphones and home computers. From Twitter to Spotify, Quicken to Über, and the Nest thermostat app to The Economist app, we are accustomed to using consumer SaaS applications so much that we usually don’t think about it as software. Often, we don’t actually buy the software - we either pay for it with advertising (Twitter or Facebook), we pay for the content (Spotify or The Economist) or we pay for the service or hardware that the software controls (Über or Nest). Still, there’s also consumer software we do pay for - increasingly as a subscription - such as Quicken or Adobe Lightroom.

What these applications have in common is a high scale. We often like to say “consumer scale” and that’s exactly what we mean - a scale that consumer SaaS applications work with can be quite impressive. We are talking millions of users and [really] big data. The applications usually run partly on your device/desktop and partly in the cloud that handles backend functionality at a high scale for things like data synchronization, subscriber services, provisioning, metering, billing, etc.

This high scale represents a high barrier for entry, which is why some companies can dominate their market for a long time - just think of Quicken. Yet such examples are rare, usually reserved for software that established itself as a necessity with a high degree of “stickiness” and that manages to remain top of mind for the customers. That’s often the challenge for consumer security, anti-virus, or backup software. Because it runs in the background with little stickiness if any, consumers don’t develop any loyalty to it and are more than happy to switch to another vendor at a moment’s notice.

Due to the massive scale, it is impossible to customize the software for every user. In fact, this is one of the key tenants of consumer software: every user gets the same experience. Sure, the UI might allow for some degree of personalization, i.e. setting default location, font size, or background color. But the functionality is always the same. My Twitter app is the same as your Twitter app even though we all follow different people.

The go-to-market effort of consumer SaaS companies is focused on two primary objectives: awareness as a way to attract customers and monetization, which varies from an advertising model to converting freemium users into subscribers. Consumers tend to be very fickle customers, difficult to please, usually highly price-sensitive, moving in packs when picking their software (just like fashion trends), often ignoring rational arguments over hype, and more than willing to churn when they don’t see the value or when there is simply something new that looks like a cool novelty. Consumer SaaS can be extremely lucrative but only for those few companies that keep winning over the long term.

SaaS software for SMB targets small and medium businesses (SMB, eh?). In this market, you can find applications for every small business such as QuickBooks or monday.com but also a myriad of specialty applications targeting various verticals. For example, MindBody has software for fitness studios, ServiceTitan targets service companies, and InnoVint provides software for wineries.

The barrier to entry for SMB SaaS companies is usually lower than for consumer software or for enterprise software. The deployments are relatively simple, the customization needs are still only minimal, and the scalability requirements are modest. That’s why so many software companies fall into this category. The online software catalog Capterra lists over 35,000 software packages across over 700 categories - that’s 50 applications for each category! There is a lot of software companies out there that you have never heard of!

While many of the SMB SaaS vendors proudly sport a few logos of big companies in their marketing, don’t get fooled. These are not enterprise deployments. Usually, it’s a group deployment inside of a large company; often flying under the radar of corporate IT. But that’s not to say that all SMB SaaS software is built poorly. In fact, many enterprise SaaS companies start by selling to SMBs, because it’s really hard for an unproven startup to sell to an enterprise. But the shift from SMB to enterprise ultimately exposes whether or not the software has been built as enterprise-grade. After all, the software architecture cannot be an afterthought.

The go-to-market at SMB companies is primarily focused on finding target prospects and convincing them to give the software a try. The buyer is often the company CEO or owner and the software is rarely free. While every business needs some bookkeeping software, convincing them that` they need reputation management requires a very convincing pitch. That has to be done at scale because SMBs, by definition, don’t have many users and so you need a lot of them to reach scale. On top of that, SMBs are notorious for churning. They will give it a try and cancel if they don’t see quick results. Since SMB software doesn’t require much deployment effort, churn rates up to 40% are not unheard of in this market. At that churn rate, you need to keep feeding the beast constantly with new prospects and customers to keep growing.

Enterprise SaaS companies target enterprises. While every vendor has its own definition of where SMB ends and enterprise starts, this software is meant to address the requirements of even the largest companies. That involves scalability in terms of the number of users, transactions, processes, or the amount of data under management. True enterprise software can cater to customers that truly stretch the limits of its architecture.

While the enterprise software scalability doesn’t often reach the scale of consumer software (after all, no enterprise has 100 million users), enterprise software also needs other requirements: security, high availability, compliance, and - most importantly - extensibility. Extensibility is the key characteristics of enterprise SaaS; something that really differentiates it from SMB and consumer software. Because in the enterprise, every deployment is different. Even when deployed at two companies for the same use case in the same industry, the two deployments won’t be the same. And that is hard to do.

That’s why software from Oracle, ServiceNow, ServiceMax, and Zuora is built on an extensible platform and comes with developer tools for no-code, low-code, or high-code developers. That’s why all these companies provide their own professional services and also partner with global and local system integrators to deploy, integrate, and customize the software.

On the go-to-market side, enterprise software requires less branding and awareness and much more high-touch marketing (i.e. ABM or, account-based marketing) and sales effort with long sales cycles and complex sales processes involving RFPs, customized demos, proofs of concept, and multi-stage deployments. Because of the high effort to deploy, customize, and integrate, enterprise software tends to be very sticky. Churn, if any, usually comes from a mismatched fit - for example when an SMB company purchases enterprise SaaS only to realize that they don’t use most of the capabilities.

There are SaaS companies that managed to build software for everyone - from consumers and small businesses to enterprises. This was what made Microsoft Office the king of software for decades. We used Office at home and at work, no matter how small or big the company was. We were vested in it because we learned to use it well which made it very sticky. Our colleagues and friends used it too and sharing documents in the Office format forced us even more to use Microsoft. For years, there was just no alternative.

Today, the companies that sell to everyone are companies like Box, Dropbox, Slack, Zoom, Docusign, Evernote, Google Suite, and Microsoft Office 365. Since they address the requirements of a really broad market, the B2All software has to be easy to deploy and use. Every user still gets the same experience with no customization of functionality, no matter whether they use the software at home or at work. But this software also has to satisfy the requirements of an enterprise such as integrations to other applications and systems, compliance for regulated companies, or enterprise security features such as SSO.

Obviously, all of this is not easy to do. The B2All software has the satisfy the scale, ease of use, and seamless experience for the B2C audience as well as the complexity and extensibility expected from a B2B software. It also needs to manage the situations when B2C users use their private software accounts in the enterprise and share information with their co-workers. This is the so-called “roque software”, the nightmare of all IT departments!

To do all that, B2All software has to be well designed with a solid architecture to satisfy all markets. It needs to scale like enterprise software and provide at least some of the extensibility of enterprise software. That makes for a very high barrier to entry, which is why not many companies make it. But those that do, are often rewarded with great brand awareness and high trading multiples.

On the go-to-market side, B2All is all about leveraging the network effect to convert individual, private users to an enterprise license. Sign up as many users as possible using the B2C marketing tactics, make them use the product at work, share with each other, and then convert companies with enough users to an enterprise license. The B2All SaaS companies have to master marketing and sales strategy for consumers and for enterprises.

Well, those are the four types of software companies, based on their target markets.