G20 Summit and its Technology Infrastructure

This weekend, I had the opportunity to take part in the Group of 20 Summit in Toronto. I should say right up front that I wasn’t rubbing shoulders with the heads of states. In fact, I came nowhere near the actual Summit delegates. But neither did most of the thousands of journalists covering the 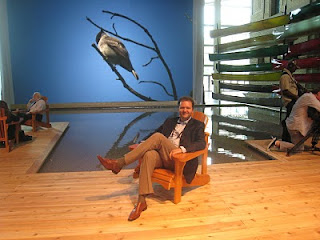 Summit – they all were relegated to the international media center and that’s where I have spent an interesting couple of days. Yes, this is was the site of the “Fake Lake” – a feature that was bringing the atmosphere of the G8 Summit at Muskoka Lake to the G20 journalists and that was heavily criticized by the press prior to the Summit for its alleged lavishness. It wasn’t lavish and it was actually really well done, if you ask me.

Since my blog is about technology, I should perhaps explain what I was doing at the Summit. As it turns out, Open Text was selected to provide the technology infrastructure for the Summit. As members of the Canadian Digital Media 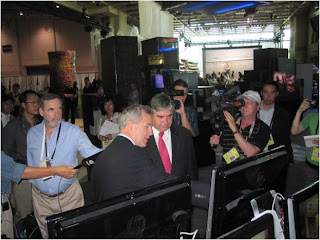 Network, we’ve built a site that is basically a virtual rendering of the media center with the Fake Lake. This site is built using the digital experience management (DEM) technology which manifests our vision for an engaging user interface. Just check it out at vg20net.org. I am sure I will write more about digital experience management and its syndication of tethered content in the near future.

The next part of the infrastructure was the secure social media site for all the journalists and other attendees, who were able to communicate with each other along with dozens of librarians at multiple universities happy to answer any question. And then there is the high security social media environment used by the actual delegates. That was a very interesting experience – having to go through a series of security evolutions while keeping a high level of confidentiality 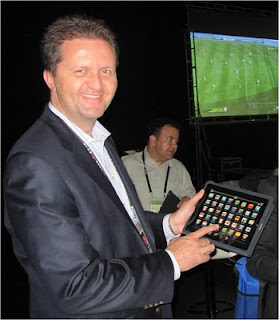 about the project. As the actual work is done prior to the Summit which is basically a photo-op, the application has been used for months leading up to the Summit. And the entire time I wasn’t allowed to talk about it for security reasons, which is rather tortuous for a marketer. In fact, it wasn’t by my choice that I didn’t provide any live Twitter update from the Summit.

Well, it was an interesting weekend – we were showing our software to hundreds of journalists including many on-camera demonstrations. This is the first time a highly secure social media application has been used for such multi-lateral event involving senior diplomats from many countries who have used the environment actively prior to the event. And it was cool to show it to the journalists on an iPad and touch-screen monitors. And I even experienced up close and personal some of the protests and riots in downtown Toronto which was not cool at all.

Images:
1. Top: Me at the Fake Lake in a moment of pure vanity
2. Middle: Honourable Peter Van Loan, Minister of International Trade of Canada getting a demo from Tom Jenkins, Open Text's Chairman and Chief Strategy Officer
3. Bottom: Me with an iPad showing Open Text Everywhere accessing the G20 social community